A Koala Bear decides he wants to get laid, so he picks up a prostitute. He goes down on her several times and they are really enjoying themselves. After they’re finished the koala starts getting dressed.

The prostitute says, “Where’s my money?”

It says “gets paid for sex.”

The koala picks up the dictionary and looks up Koala Bear and shows it to the hooker.

It says, “Eats bush and leaves!” 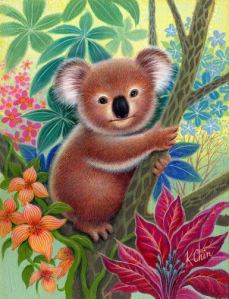 One thought on “Koala Bear”

Why not visit this site, it's quite good. I promise!!

Please!!! It gets lonely out here in cyberspace.:

Not that I'm begging you understand.